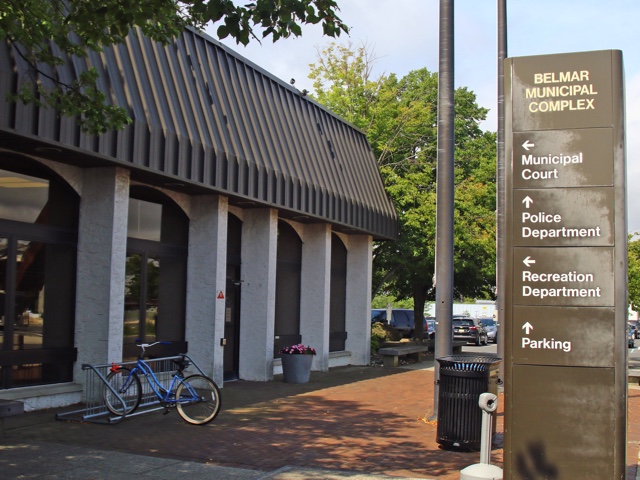 BELMAR — The borough council has formally approved spending $1.5 million to purchase the headquarters of the now defunct Belmar First Aid Squad, amid calls from residents not to use eminent domain to acquire the property should negotiations sour.

On Tuesday, July 6, the borough council voted unanimously to back the purchase of the half-acre property, located at the intersection of Ninth Avenue and E Street. The squad ceased operation on April 1, turning over first aid service in Belmar and Lake Como to a borough-operated squad. The borough has been in negotiation to buy the headquarters, but seeks to have deed restrictions placed on the property preventing further expansion removed.

“What this does is it provides us the money to begin negotiating at arm’s length,” he said. “Underneath the eminent domain statute, we are required to negotiate at arm’s length … it is our intention to resolve this in the most amicable manner possible because we want to respect the borough’s first aid squad and its history to this town.”

He added that it is the goal of the borough to “negotiate until we hit a brick wall” and at that point, the borough will decide if it will file a “declaration of taking” to acquire the property.

Jim Bean, a former council member in Belmar, said that the proposed ordinance “is abuse of power and it’s corrupt.”

“If you vote yes, this will forever be tattooed on your career as a politician that you support eminent domain and you took private property,” he said, encouraging the borough to instead put the matter to a referendum.

Gerald Buccafusco, the Democratic candidate for council in the November general election, said he would like to see a vote by members of the council on whether the borough should initiate eminent domain on the property.

“What I want to avoid is someone deciding the borough wants to go to eminent domain without the council’s approval,” he said. He later was told by the borough’s attorney that a decision to go through with eminent domain would require the consent of the council, although the holding of a formal vote is not required under law.

Mr. Buccafusco said he also backs a public vote on the matter.

After an hour of public comments, Councilman James McCracken said he fears the matter is becoming a political issue.

“I am offended that it is potentially becoming a political issue, because it shouldn’t. I realize it might not be a party-line issue, but it’s going to become a political issue,” he said. “We need to come together as a community, not constantly be bucking each other, criticizing each other and making accusations about people on this dais that are completely untrue.”

The Belmar First Aid Squad originally solicited bids for the purchase of the squad’s headquarters. Down to Earth Construction had bid roughly $1.4 million to purchase the building in a sealed bid process, coming ahead of the borough, which submitted a bid of $1.1 million. The results of the bidding were announced last week.

After being declared the winning bidder, Down to Earth Construction withdrew its bid, and the borough promised to match the company’s offer.

The BFAS had stipulated that those who bought the property could not build a non-conforming use on the site, which is in a residential area. The half-acre lot would have enough space to construct three single-family homes.

The Belmar First Aid Squad ceased operations on April 1, amid a row with the borough over its annual stipend.

The squad, which served Belmar and Lake Como, was replaced by a borough-run first aid squad, which also covers both municipalities. Ambulances that once belonged to the BFAS were bought by the borough, and are currently parked outside the Howard Rowland Public Safety Pavilion at the intersection of 10th and Ocean avenues.