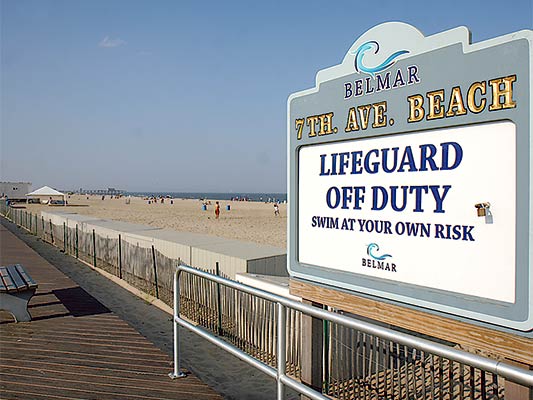 BELMAR — A Belmar councilman has put out the call for volunteers as the next wave of plantings meant to protect the borough’s beachfront has arrived.

On Tuesday, Nov. 17 Council President Thomas Brennan put out a call to borough residents to help install protective plantings between the borough’s boardwalk and the dune. He asked volunteers to meet at the 20th Avenue beachfront on Friday, Nov. 20 at 8:30 a.m. No green thumb is required, but those who do come are asked to bring their own shovel.

“Hopefully we could get half the length of the boardwalk done, we have a lot of plants,” Mr. Brennan said on Tuesday. He added that the borough has 3,400 plants to install, which were paid for by the borough’s beach utility and not through tax dollars.

Children who wish to volunteer should have adult supervision.

Plants that will be installed include beach plum, bayberries and goldenrod. The species being used are all native, mid-Atlantic plants that do not require watering.

The goal for the plantings is that, in time, they will establish a root network that will lock in the dune system, preventing storm surge during hurricane season.

“There are piles of sand that have built up on the east side of the boardwalk between the boardwalk and the storm fence, but that sand is not held in place by anything and if we have any kind of velocity wave action, that sand will be gone in a minute,” Mr. Brennan said. “When you plant these plants, they establish a root system that goes down through the sand and then if we get waves hitting them, the sand will hold up better.”

Mr. Brennan has worked over the years to install plantings between the boardwalk and dune to protect the borough from storm surge. Before Superstorm Sandy, while working as a gate attendant at the 13th Avenue beach, he noticed a half-block section of the beachfront where dune grass had been planted.

After the storm, while observing the damage caused, Mr. Brennan noticed that the section of the beach where the dune grass had been “was the only place where the boardwalk hadn’t ended up all the way across the street.”

“Clearly those plants and the root system provided protection,” he said, noting that the new boardwalk is built to much better standards, but any little thing helps. “If there was a storm and those plants got washed away but the boardwalk was still there, I would say ‘the plants did their job, let’s put some more in.’”